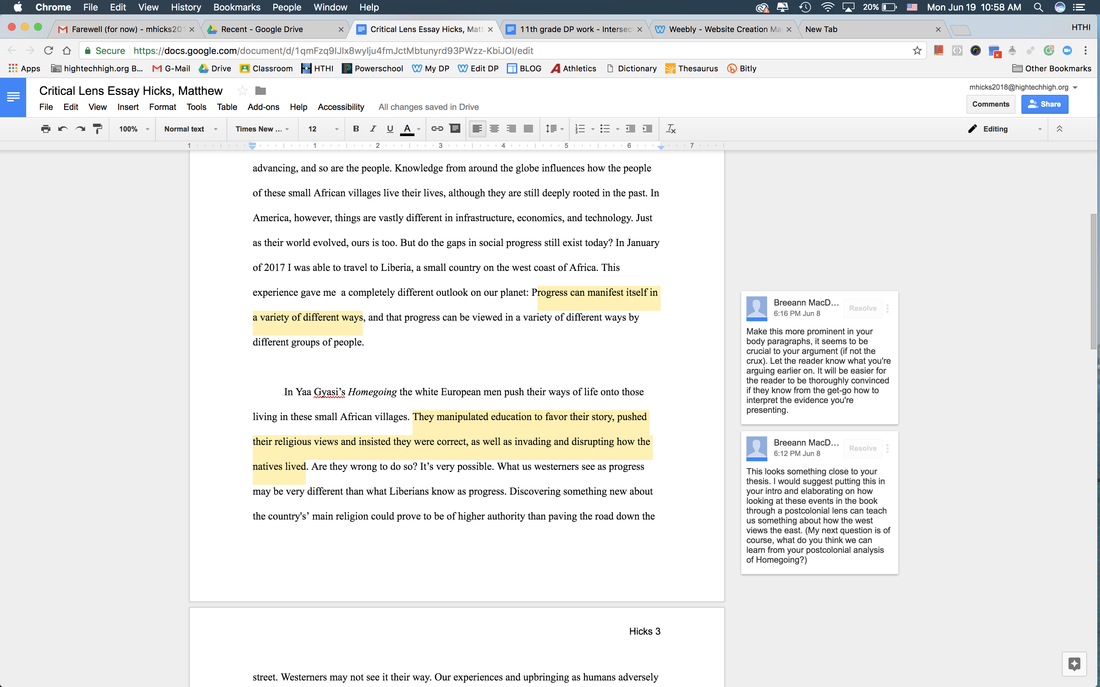 First off, a little backstory: In Colleen's class a project was proposed: Create a documentary exampling the entire idea behind "lensology".  A certain number of students would have rather done a different project - so that's what we did. Thus, "Documentary & Imaginative NonFiction" was born.
Personally, I created a documentary.

Participating in Empathy Interviews
The interviews my group conducted gave me some really cool insight. Between the 4 people, there were connections that I did not realize prior to starting. Ranging from family similarities to childhood experiences to motive in decisions, it proved itself to be an interesting exercise.

Going to see I am Not Your Negro - Documentary AND storytelling inspiration
The film "I am Not Your Negro" was powerful. It left me with a new perspective on the Civil Rights movement and the events making up the context of it's history. Through film the team behind it was able to guide us through a journey that hasn't stopped in modern society, one that's only been camouflaged.

Drafting Process & Scriptwriting Process
Before editing our films we wrote up some drafts of our script. Post revisions we had a final product we could then translate into a movie. This process was not unfamiliar for me as I have practiced this prior in my life many-a-times. (Refer to mjhicksphotos.com for more!)

Revision Process, Including Issues with Quoting and Plagiarism
A problem that many filmmakers run into is copyright usage on an image, song, footage, etc. Jane Woo, our assistant teacher, walked us through what we could and could not use - proving to be very beneficial as she has years of experience in this industry.

Working with Partners
At High Tech High International collaboration is a cornerstone is the educational strategy. Due to this, working with partners on a documentary was no surprise and didn't provide any speedbumps we couldn't handle. My group consisted of Sierra Baruh and Sam Bush, both people I enjoyed working with and developed a deeper friendship between due to the nature of this project.

Final Documentary
I am very happy with my group's final result. I felt that every aspect was not only elegantly displayed but tether to eachother well and told a story of 'connectedness'. The final message pertained to loving eachother, and at the end of any day, that's what matters most.
Additionally, our secondary video came out with flying colors. The story was compelling and raw, two traits that make up any great film.

My Creativity Seen Within Our Documentary

Take a look for yourself! [Link]